The retired general, who headed the InterFET peacekeeping mission that brought peace and stability to Timor-Leste 20 years ago, took up a new role as an ambassador for East Timor Hearts Fund today, during celebrations of the anniversary of InterFET in Dili.

As an ambassador for East Timor Hearts Fund, Australia’s only medical organisation dedicated to heart health in Timor-Leste, Sir Peter will help spread the healthy heart message to young Timorese, governments and supporters.

Timor-Leste has one of the world’s highest rates of preventable, treatable rheumatic heart disease, with one in 20 girls affected – the equivalent of one child in every classroom.

East Timor Hearts Fund CEO David Marlow welcomed Sir Peter’s important new role. “Rampant rheumatic heart disease is a tragic injustice for our friends in Timor-Leste. We look forward to having Sir Peter by our side as we work with our friends the Timorese to tackle this crisis.”

Today Sir Peter was welcomed to the new role by his namesake, four-year-old Peter Cosgrove Pinto, who presented Sir Peter with a traditional woven tais. Peter Cosgrove Junior is the son of our patient Tomas, and was named in honour of Sir Peter, and all the Australians who donated to allow Tomas to have heart surgery in Australia four years ago.

Speaking at a function in Dili this morning, Sir Peter said it was “fantastic” to be back in Dili, and to see the recovery of the city and the nation’s progress. The Timorese people remained “every day in the hearts of Australians”, he said.

“It makes me extraordinarily grateful,” Sir Peter said. “InterFET was honoured to be observers and participants in the process of your nation’s building but the real heroes of what was achieved here are the people of Timor-Leste.”

Sir Peter commended the courage and determination of the people in Timor-Leste in “voting for your future and the future of your children”.

Sir Peter presented Peter Cosgrove Junior with a medallion and said that he hoped he would one day grow up to be Secretary-General of the United Nations. 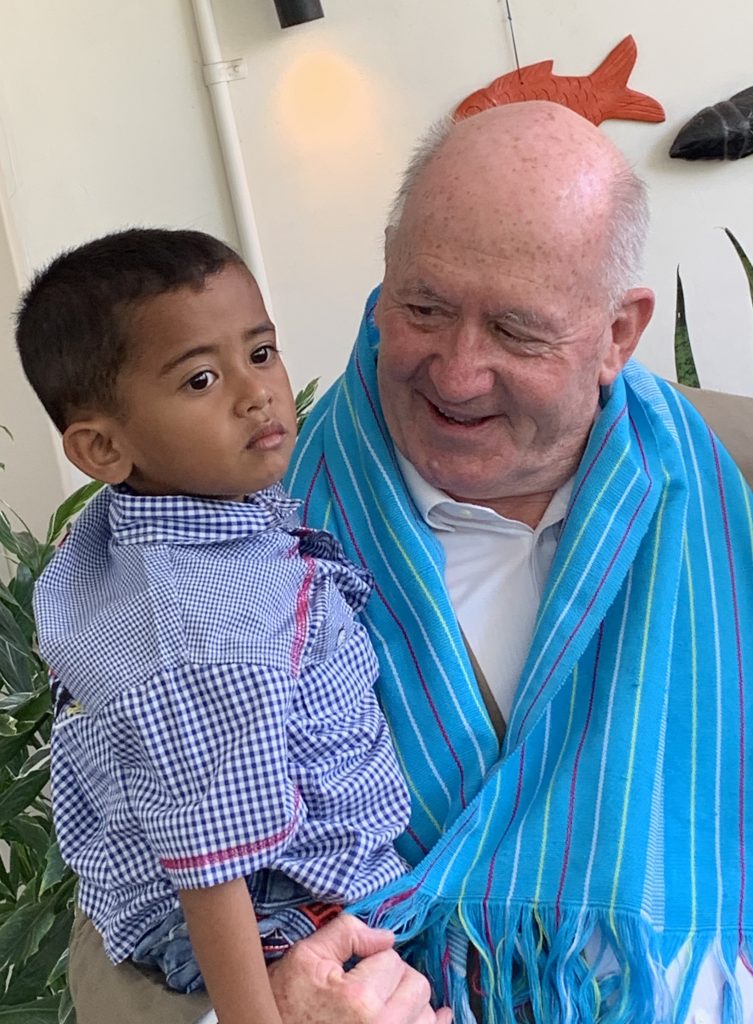 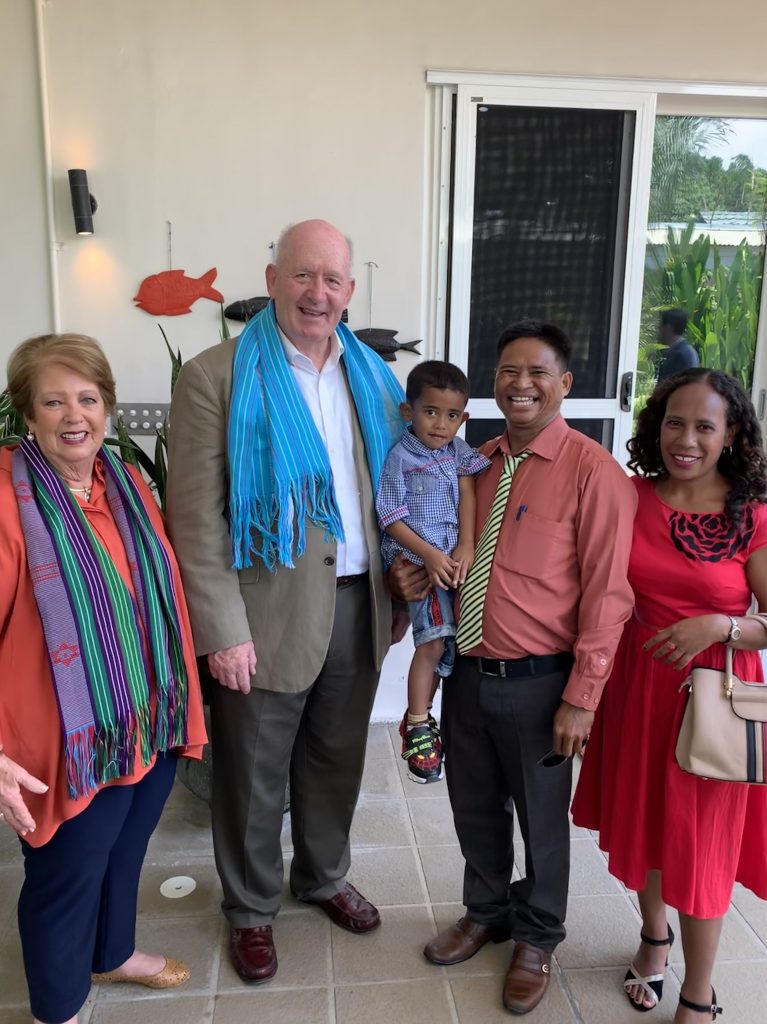 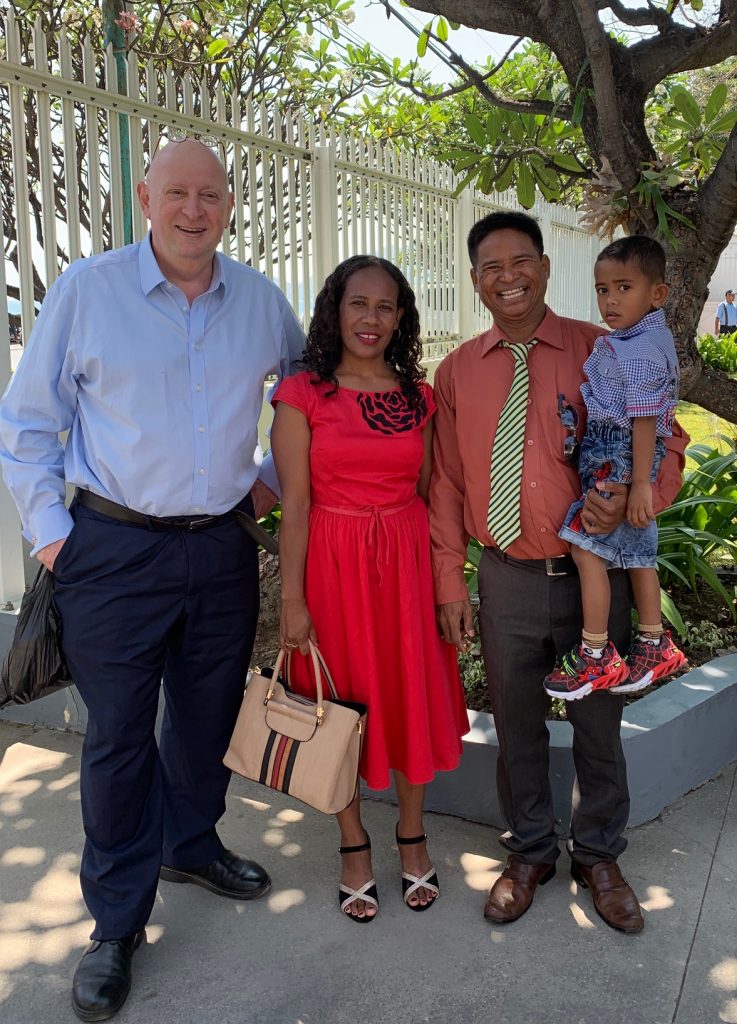 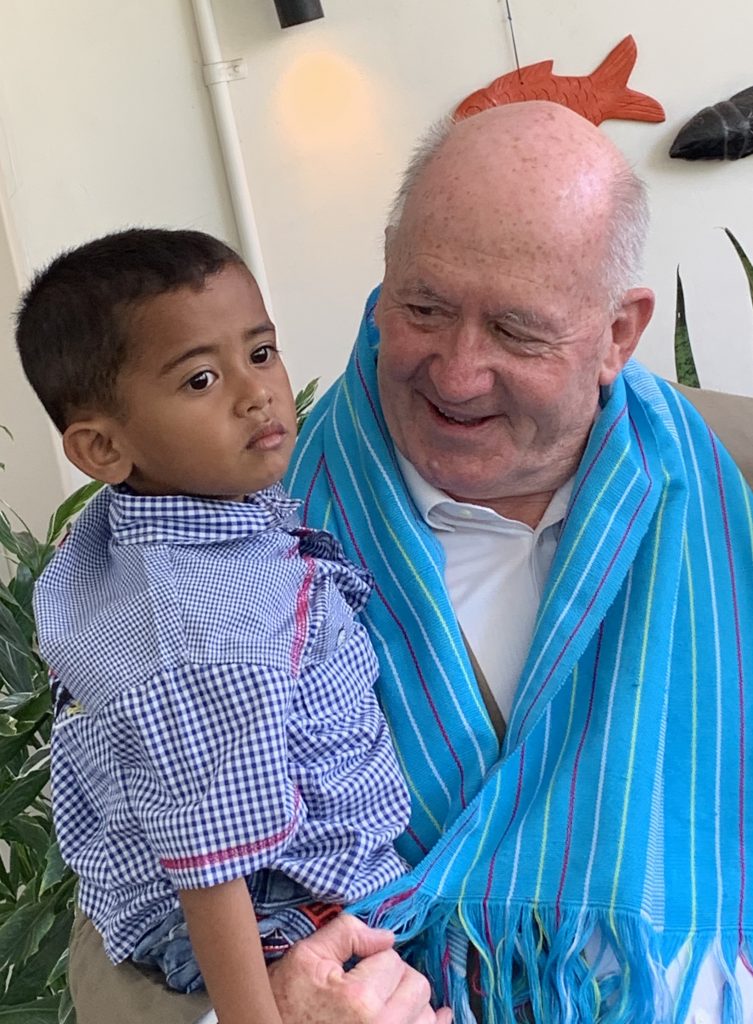