It started with a news story

In September 2010, newspapers reported on a desperate plea by Dr Noel Bayley and Dr Dan Murphy for help to urgently get teenage patients Ursula and Flavia to Australia for life-saving heart surgery.

When the news stories appeared, the response was immediate. Donations poured in; corporate travel support was pledged. Within six weeks, East Timor Hearts Fund was born. 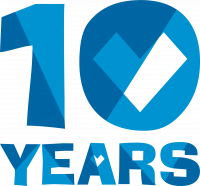 Messages of support on our 10th anniversary 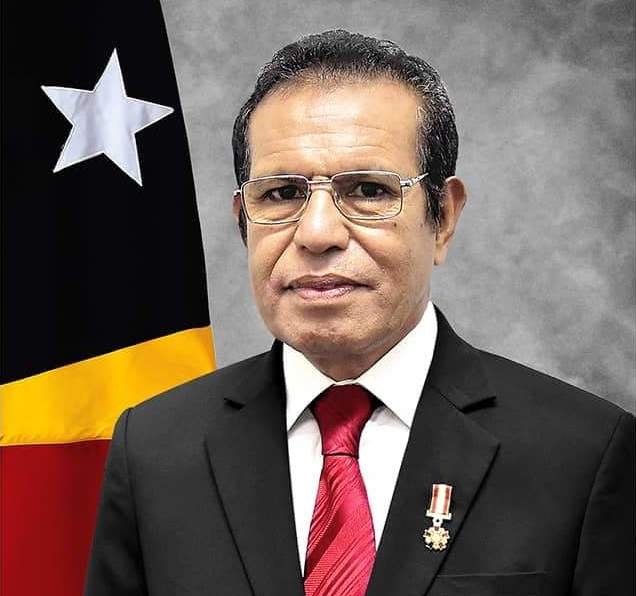 “The Government of Timor-Leste wishes to convey its most sincere congratulations and thanks to East Timor Hearts Fund, as the non-government run organization celebrates 10 years since, thanks to their efforts, they were able to gather the necessary funds for cardiac surgery of two Timorese patients in Australia.

East Timor Hearts Fund was founded on the volunteer work of cardiologist Dr. Noel Bayley, who has a mission of providing cardiac treatments to young East Timorese, allowing them a second chance in life.

Since September 2010, East Timor Hearts Fund has performed 80 surgeries and cardiac screening for thousands of patients. They run a program to prevent rheumatic heart disease (RHD) with penicillin for more than 300 patients and have distributed personal protective equipment to assist with COVID-19.

Prime Minister Taur Matan Ruak, on behalf of the Government and the Timorese People, expresses his deep appreciation and recognition for the work of East Timor Hearts Fund over the past 10 years, in the treatment and prevention of heart disease in Timor-Leste.”

“I’d like to send my very best wishes to the East Timor Hearts Fund on the very special occasion of your 10th anniversary.

Who could have imagined that the work of two doctors – Dr Noel Bayley and Dr Dan Murphy – would blossom into an organisation delivering life-saving support to young people each and every year.

Over the last decade, the East Timor Hearts Fund has treated some of Timor-Leste’s most precious patients, ensuring these young people are afforded the care and compassion they deserve.

On behalf of our state and every Victorian – thank you.” 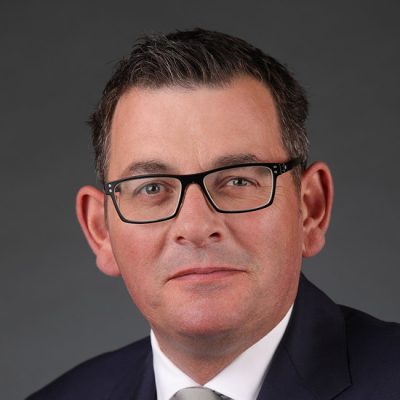 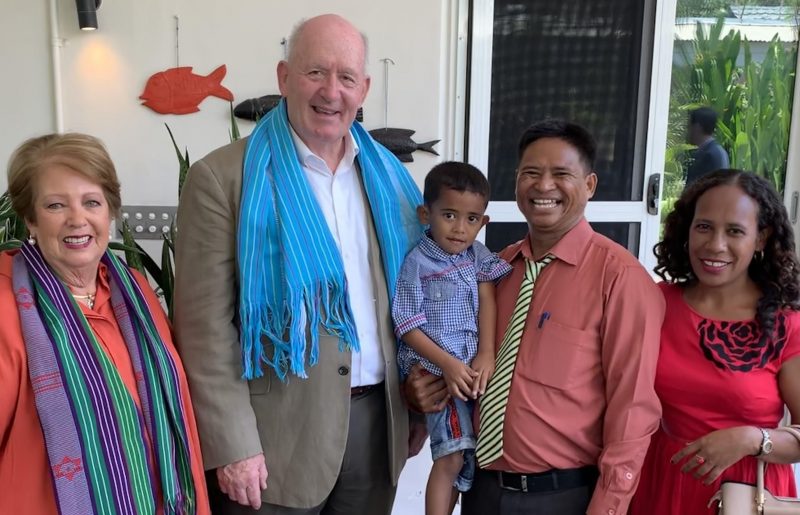 “The ten years that East Timor Hearts Fund has been providing life-saving heart surgeries for young people with heart disease in Timor-Leste is a wonderful demonstration of the friendship between our two nations.  I can only applaud the terrific work of the volunteers, and the amazing and heartening close working relationship between them and the inspiring healthcare professionals in Timor-Leste.  Their work should be encouraged and supported.”

“It is my honour to send a heartfelt congratulations to David Marlow and the team at East Timor Hearts Fund on the celebration of your 10th Anniversary. This is a fantastic achievement representing years of lifesaving surgeries for Timorese people.  An organisation that relies on the goodwill and generosity of Australian volunteers is yet another example of the close bonds between our two people. This generosity was shown during COVID-19 where much needed PPE was supplied. I applaud you for your tireless work and again congratulate you for reaching this milestone.”

Ambassador, Embassy of the Democratic Republic of Timor-Leste, Canberra 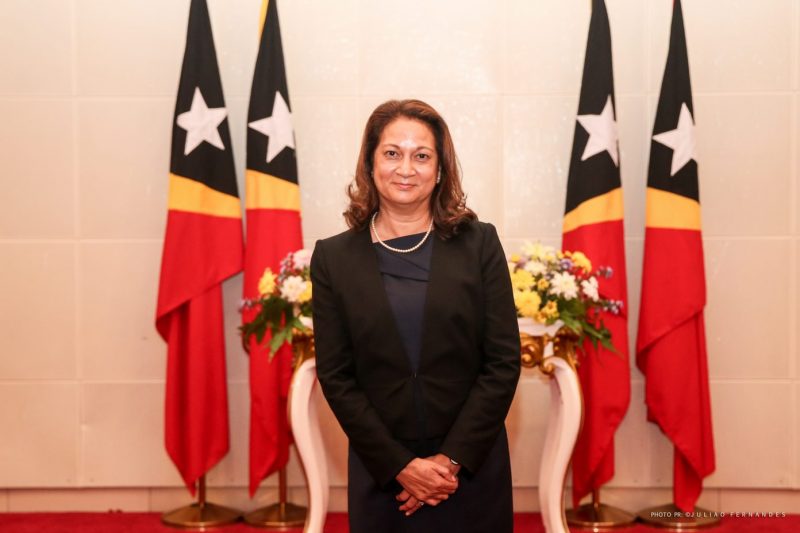 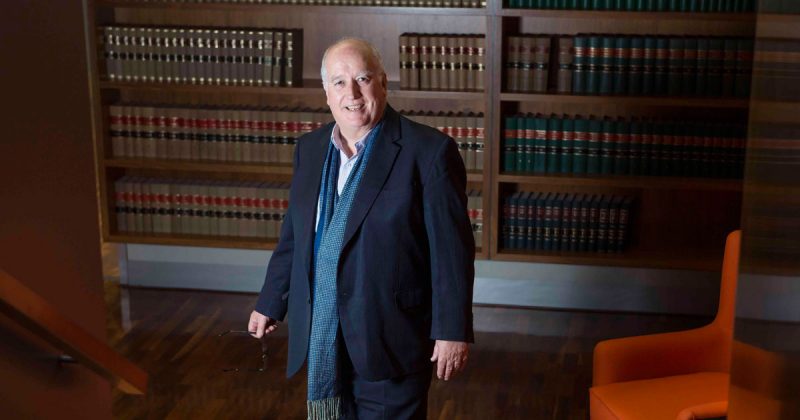 “East Timor Hearts Fund is a true friend to the people of Timor-Leste. The distance between Darwin and Dili, the capital of Timor-Leste, is closer than from Melbourne to Sydney. While the people from Timor are hard working and proud there is no escaping the fact that they are 131st (out of a possible 189 countries) on the United Nations Human Development Index, while Australia sits at number 6. This is a country that fought side by side to protect Australia’s borders during World War II. Timor-Leste deserves our support and friendship. As a true friend East Timor Hearts Fund works shoulder to shoulder with Timorese doctors and nurses in saving lives, preventing deaths and showing us what solidarity truly looks like. I cannot commend their work highly enough.”

“East Timor Hearts Fund has proven its heartfelt commitment to the Timorese people, not only saving lives but continually putting heart health into the spotlight in Timor-Leste. In this country where almost one child in every classroom has a treatable heart condition there is always a need to do more, and East Timor Hearts Fund has led the way in giving hope to the hopeless.

The sacrificial generosity of their clinicians and volunteers has communicated how so many Australians feel about our Timorese neighbours. Together we look forward to a brighter future in which Timorese children and adults can be free from preventable heart disease, and East Timor Hearts Fund is showing the way.” 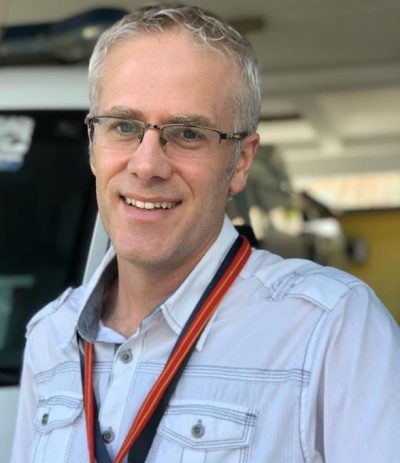 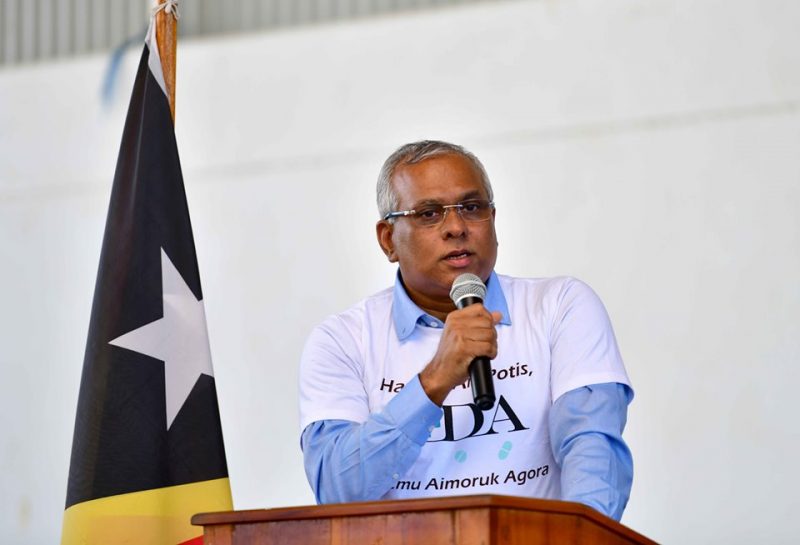 “It’s heartening to see a volunteer-based non-governmental organization reach the 10th anniversary milestone. The work done by East Timor Hearts Fund  over the years in saving and transforming lives is immensely valuable and also much needed in Timor-Leste. I wish East Timor Hearts Fund all the very best in their endeavours and that many more people connect and support so that many more lives can be transformed.”

“The deaths of children and young adults in Timor-Leste from rheumatic heart disease are tragic and cause untold sadness. There is so much more that needs to be done. I am grateful for the individual lives that have been saved through the work of ETHF, but also for the opportunity to work together to support the Ministry of Health in its efforts to tackle this massive public health challenge.” 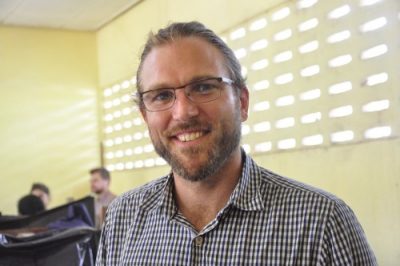 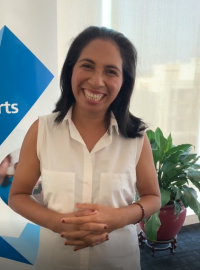 “Congratulation to East Timor Heart Fund for the tenth anniversary. Thank you for the Team, for all your effort in helping many Timorese that have  heart disease; have completed 80 surgeries in 10 years, about 20 screening clinics for thousands of patients, run a penicillin RHD prevention program for over 300 patients and thank you and keep up the good work.”