Our skilled volunteer board oversees our strategic direction. 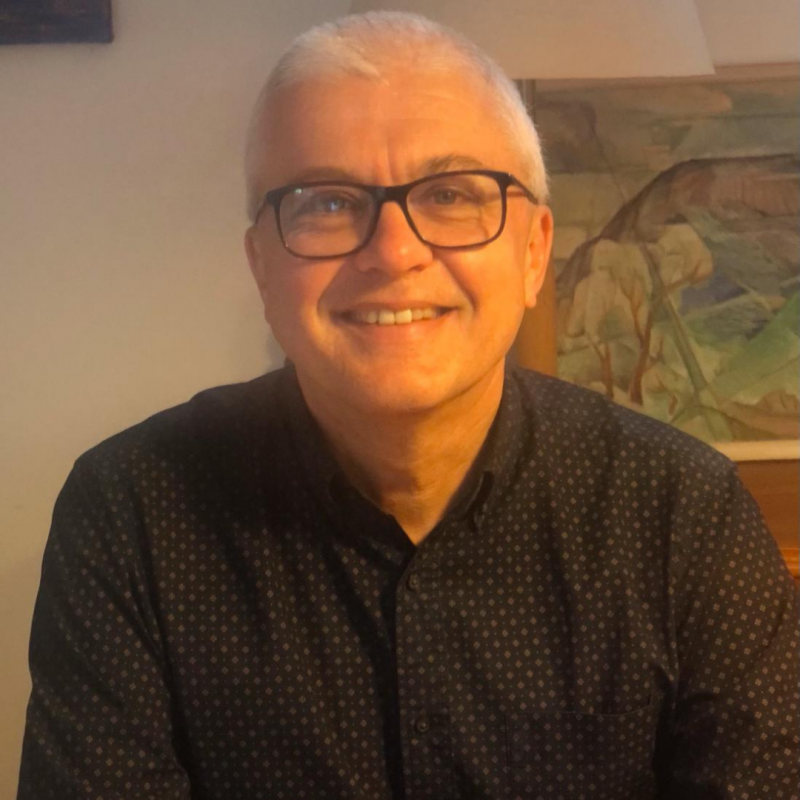 Everything about the East Timor Hearts Fund inspires me.  The vision and insight of the founders Noel and Ingrid; the enormous dedication and skill of our clinical team; the generosity of our volunteers; and the passion the board brings to the Fund’s work – all in support of a clear and urgent need in Australia’s closest neighbour, Timor-Leste.

I have spent most of my career in higher education and research, working with Universities and charities to bring specialist expertise to bear on the needs of vulnerable communities where the need is greatest.  My current work centres around the establishment of a new cancer immunogenomics institute at the University of Adelaide. And I am also Chair of a community public arts NGO based in New York called Artolution Inc, working in refugee camps and conflict zones around the world.

My role as board chair of the East Timor Hearts Fund is to take the reins from our founding former chair Ingrid, and do everything I can to build on her vision and leadership.  She and other board colleagues have set a powerful and inspiring example over the first ten years, and led the creation of a firm foundation for the East Timor Hearts Fund with great skill and energy.  I’m going to do everything I can to carry that legacy forward.

Beyond my working life I’m an endurance sport tragic, and an enthusiastic if uncompetitive participant at marathon and ironman triathlon events. 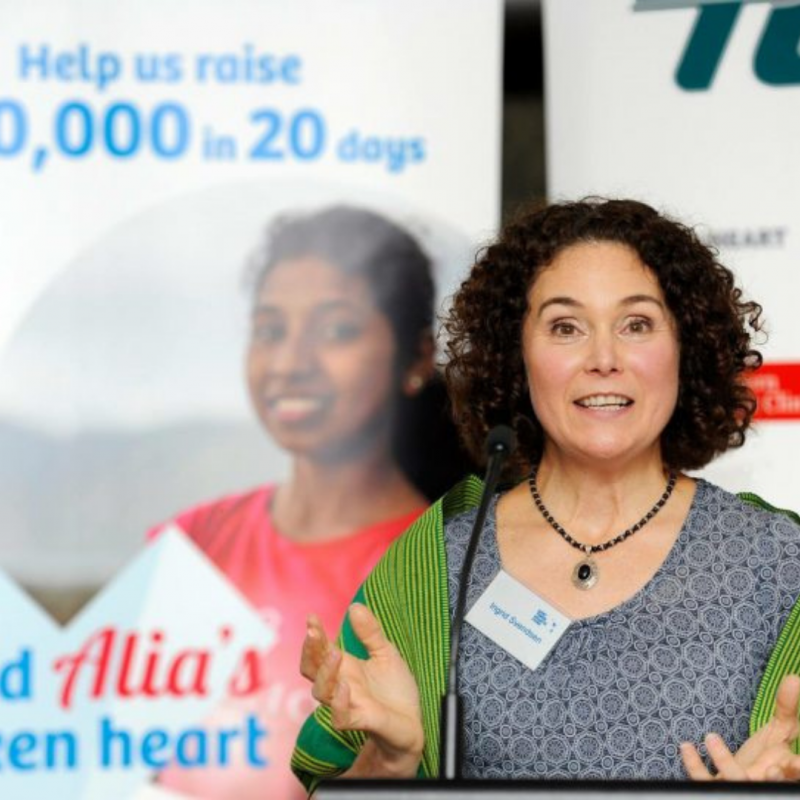 Ingrid Svendsen
Board director and co-founder

In 2010, I had just returned from a holiday to Timor-Leste when I read a news story about a cardiologist who undertook pro bono work there. The story was about the plight of two teenage girls whose lives were at risk because of a lack of funds to bring them to Australia for heart surgery.

It seemed unconscionable to me that a kid the same age as my own son could die from an eminently fixable heart condition, so I tracked down Dr Noel Bayley to send him money. It turned out, I was one of many, many donors that week. With my background in media and communications, it became clear that my skills would be worth more than my money. Along with Glyn Palmer, the then CEO of St John of God Warrnambool, Noel and I established East Timor Hearts Fund.

In 2012 the organisation incorporated, and I became the inaugural board chair. I have led the process of developing and delivering two strategic plans that have seen the professionalisation of our organisation and the expansion of our work. It is incredibly satisfying to have built the capacity to sustainably continue our surgical and screening programs, while at the same time supporting the Timorese to tackle the root causes of poor heart health, with projects in areas like preventative health, research and practitioner and community education.

It’s been rewarding to have had the opportunity to lead the organisation through its foundation years. It’s exciting to think about what the future holds for East Timor Hearts Fund. 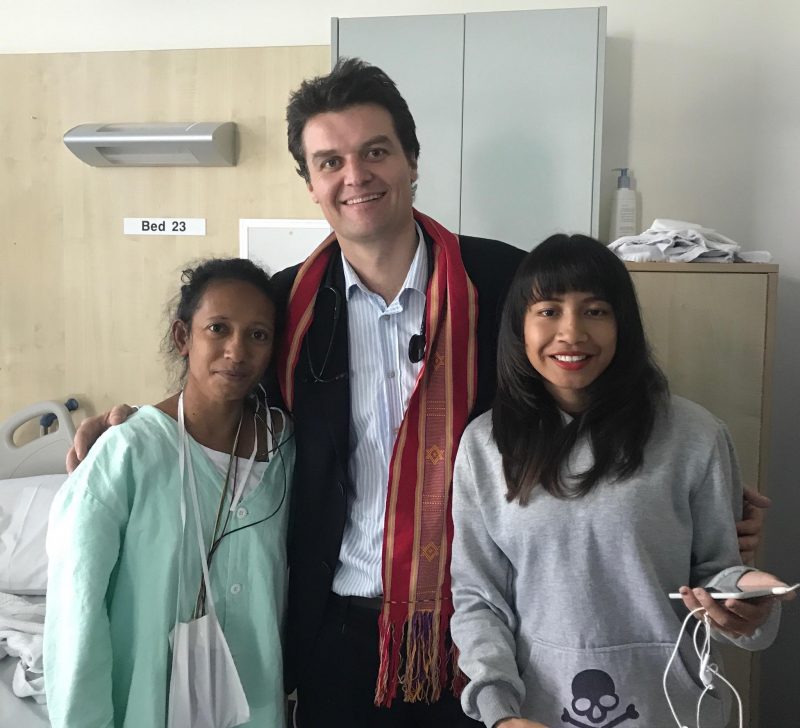 Dr Will Wilson
Board director

My association with East Timor Hearts Fund began in 2016, as an interventional cardiologist performing procedures for patients in Melbourne. Having witnessed first-hand the impact this organisation could make, I was motivated to increase my involvement.

I now travel to Timor-Leste annually as part of the clinical team. I am also a member of board clinical governance committee, and I joined the board in 2019.

My spare time currently is largely devoted to my kids (I have children including a baby!) as well as research (I am undertaking a PhD). Otherwise, I enjoy golf and snow skiing. 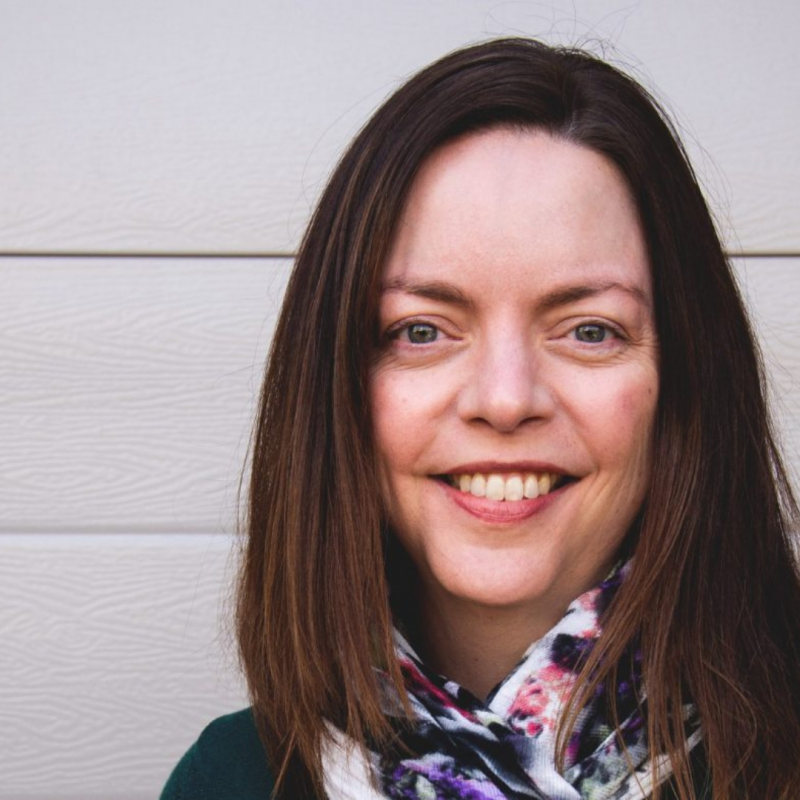 Belinda Macdonald
Board director and chair of development committee

Since I first heard about East Timor Hearts Fund, I’ve been an admirer of the work the organisation does to improve cardiac care for our closest neighbours. Having had open heart surgery myself, I’ve always considered myself very lucky to live in a country with excellent (and accessible) health care and this drives my commitment to work for better health outcomes for people who aren’t in such a privileged position.

I’m passionate about improving cardiac care and support for young heart patients, and have previously served on the Safer Care Victoria Cardiac Clinical Network governance committee and volunteered for the Heart Foundation’s Supporting Young Hearts program. By joining the board, I hope to contribute my professional skills and experience in change management and events, as well as my understanding of a patient’s experience of cardiac care, to enable East Timor Hearts Fund to achieve its strategic aims and improve the lives of heart disease patients in Timor-Leste. 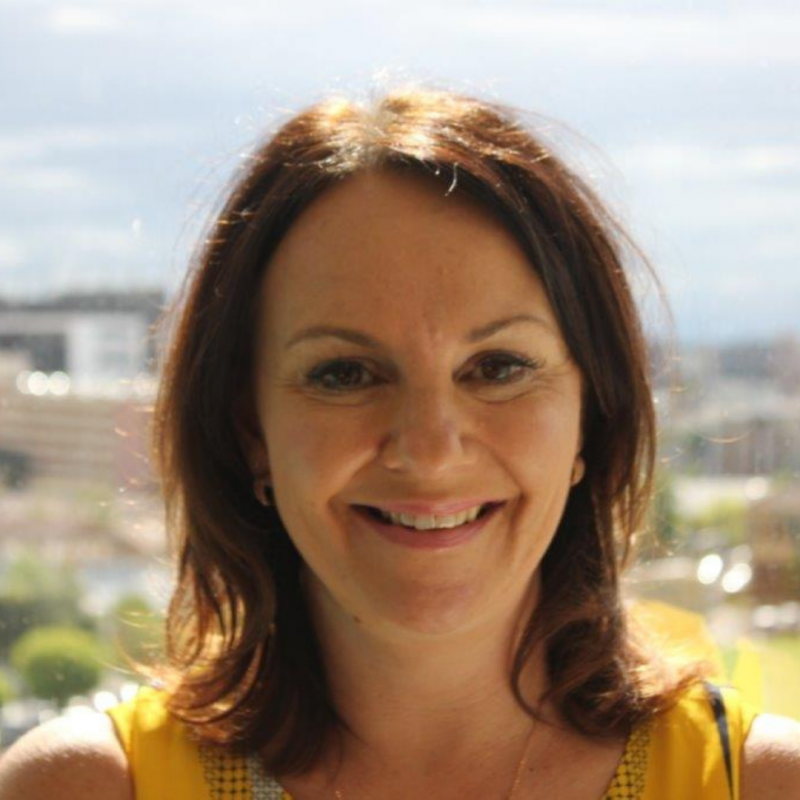 Katrina Thurston
Board director and chair of finance and audit committee

Working in the aged care sector for the majority of my career, I knew that I wanted to volunteer in the health sector. Wanting to expand my horizons and try something new, I wanted to combine my passion for anything around health or children and work on a board which helped both. Of course, volunteering in a finance space was very important to me as I feel it is in this area that I can add the most value to the organisation.

I have also been inspired by my eldest daughter, who recently spent two weeks during year 12 volunteering overseas in the Philippines, where she taught children at local and Indigenous schools. Her passion for social justice has made me want to follow in her footsteps, and carry on this work for change in a developing organisation such as East Timor Hearts Fund.

I am chair of the finance and audit committee, which is a space where I feel that I can add value and enhance the processes and reporting capability of the executive to the board. With time, I hope to flourish in my role and expand it as East Timor Hearts Fund too progresses and evolves. 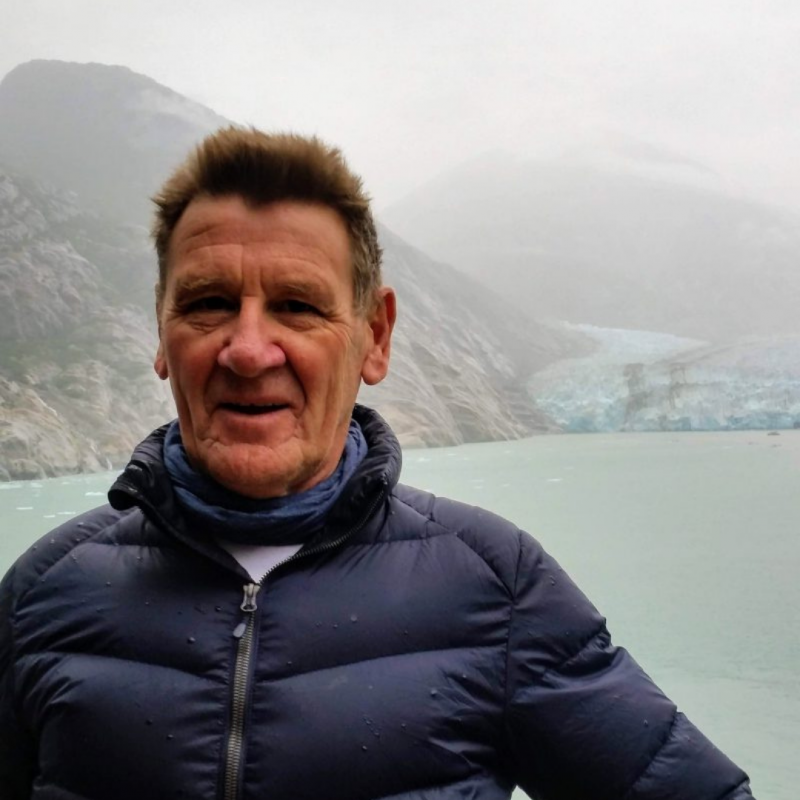 After many years’ experience in senior corporate positions within telecommunications and infrastructure sectors and service on several Boards, I hope to bring a broad range of skills and experience, particularly in the areas of finance, governance and strategic planning to help strengthen East Timor Hearts Fund’s ability to reach more Timorese and reduce the prevalence of rheumatic heart decease.

I live in country Victoria and enjoy hiking and mountain biking. I have completed in several Tour de Timor mountain bike races and the Trans-Timor Trek for East Timor Hearts Fund 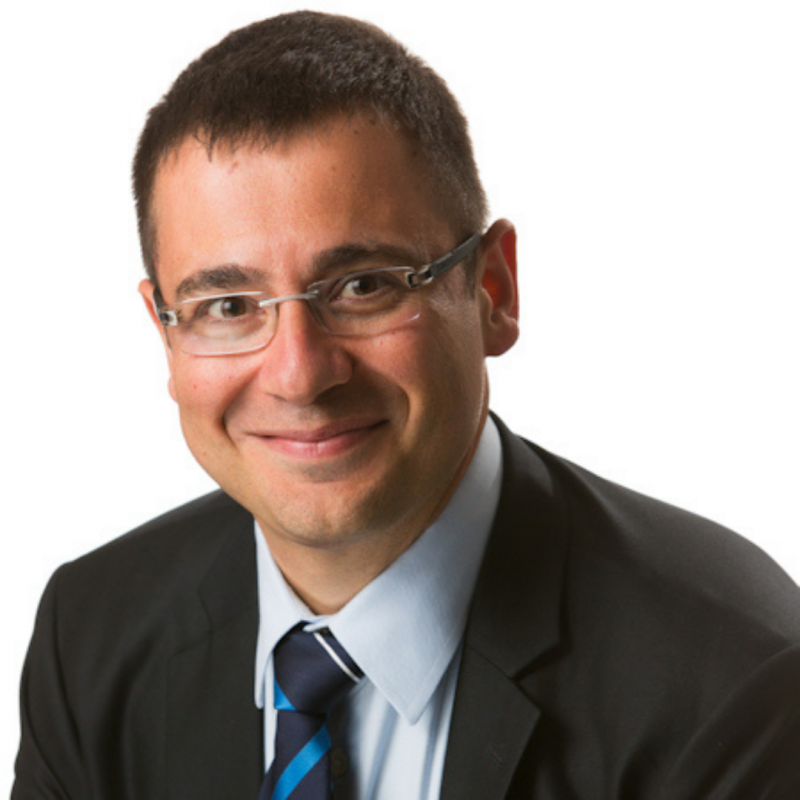 I joined the East Timor Hearts Fund Board in December 2019.

I am an internationally-recognised Interventional Cardiologist with the Northern and St Vincent’s Hospitals in Victoria and Professor of Medicine with the Faculty of Medicine, Dentistry & Health Sciences, the University of Melbourne.

After graduating from the University of Melbourne, I completed cardiology training at Austin Health followed by a Master of Public Health with Monash University. In 2006, I secured a fellowship and scholarship at the prestigious Royal Brompton Hospital, London and then completed my PhD at the Thoraxcentre, Erasmus University the Netherlands, on the use of optical coherence tomography (OCT) in cardiology. OCT harnesses the properties of infrared light to look inside blood vessels in ultra-high resolution. I have since overseen OCT’s uptake across the region with over sixty centres in Australia and New Zealand benefiting.

I am internationally renowned for my interventional and imaging academic output, and early development programs for novel therapies in cardiovascular disease.

And I have maintained connections all over the globe, and continue to attract industry support for my research. I run an active research group in biomedical engineering focused on coronary imaging and computational modeling with an interest in the development of innovative cardiovascular technologies. 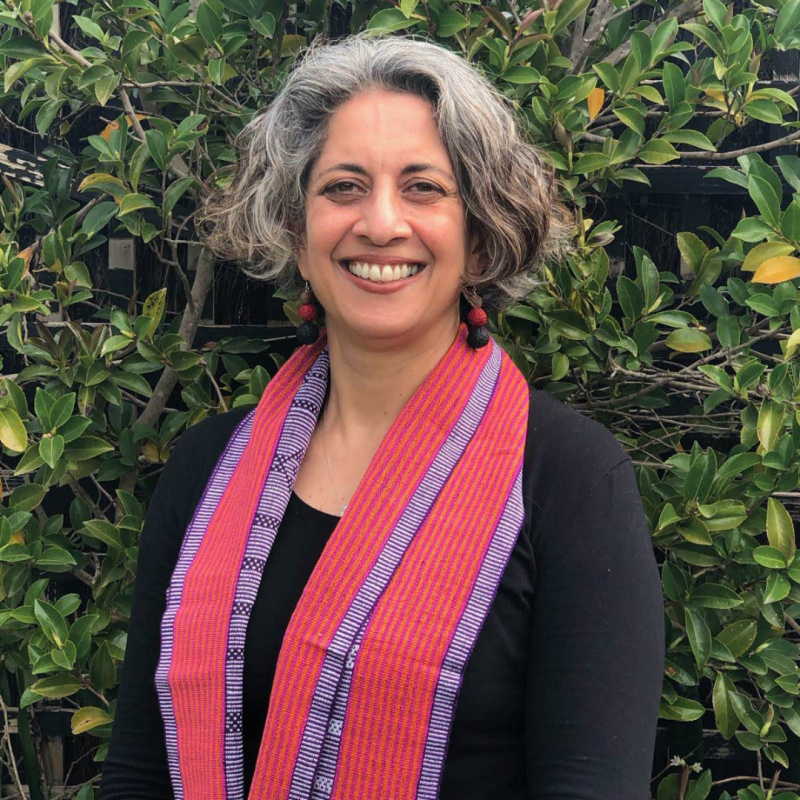 I have had a long association with Timor-Leste, since living there between 2001- 2003. After returning to Australia I have travelled to Timor-Leste annually, for personal and professional reasons. I am passionate about building the capacity of the health system in Timor-Leste, and contributing to better wellbeing outcomes for Timorese people.

Through work on the prevalence of rheumatic heart disease in Indigenous communities, I realised how debilitating heart disease can be, especially in resource poor or remote environments. When an opportunity to join the board came up, I thought it would be a good way to support Timorese people in a very constructive and tangible way.

I joined the board in May 2017 and became the chair of the development committee, where I used my professional experience in business development to support the organisation in achieving its fundraising goals.

Save a live this Christmas and donate via the link

Support East Timor Hearts Fund and help save a lif

Our summer newsletter is out now! Find it on our w